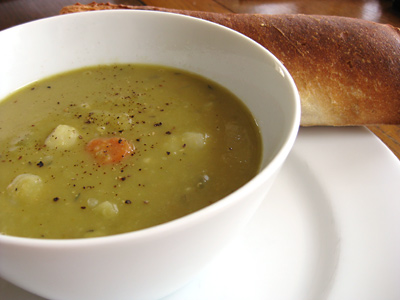 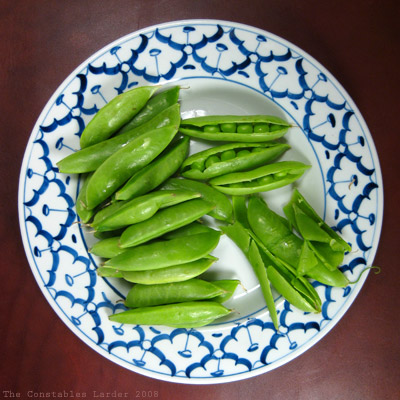 Today was one of those up-crack-of-dawn at work mayhem days, followed by a slew of family errands, so a nice dinner was definitely not in the cards. Still, I was able to pause for a moment or two with my three year old and teach her the fine art of eating sugar snap peas.

When I was little, I loved to crack open the pea pods and nibble out the peas — a fabulous confluence of tactile and taste. It was fun to see Audrey happily sitting up on her chair eating peas with Daddy and enjoying the fruits (dare I say vegetables?) of sharing and discovery. And of course, when patience runs short with pod cracking, there’s always the crunch crunch crunch of downing the whole thing!