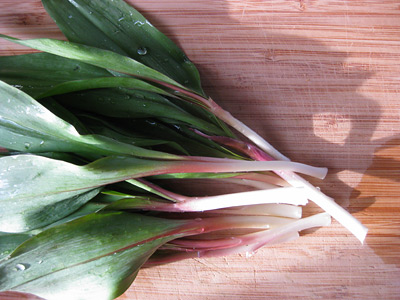 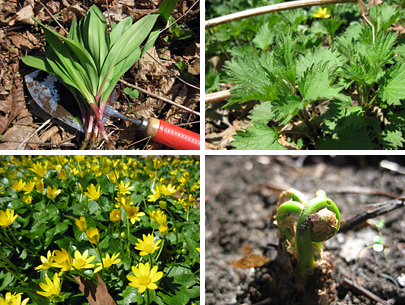 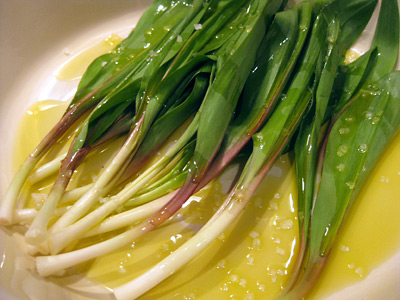 Unfortunately, with a newborn at home, I was not able to partake in the amazing feast put on by Marc and crew (with the talents of Stephane from Zen Can Cook and Claire from Colloquial Cooking), so I am not able to speak to the taste of fiddleheads and stinging nettles, but at least I am now armed with the knowledge to forage such things in future!  I had a great time, however, and spending time in the kitchen with that team prepping the meal was a blast.  Now, I had mentioned ramp fritters had I not? 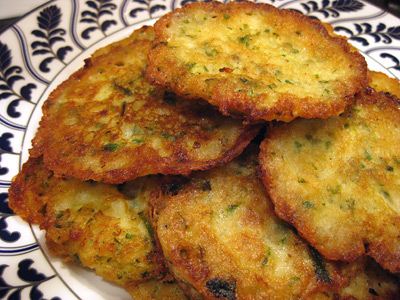 Tonight’s recipe combines Richard Olney’s fritter batter with ramps, zucchini, parsley, and lemon. Beating the egg whites makes these feel quite light and decadent for something fried, and it is a technique I will use more often in future.

First create the base of the batter by combining the flour, egg yolks, beer, olive oil and salt in a bowl and whisk just enough to blend everything together smoothly.  Let rest for at least an hour, which according to Olney helps it better coat the items to be fried (this can be skipped given this recipe’s particular approach, but I did it anyway).

In a colander, thoroughly squeeze the moisture out of the grated zucchini with your hands.  Place in a bowl.  Finely chop the stems of the ramps, chop a fine chiffonade of the leaves, and add to the bowl.  Stir in the garlic, lemon juice, olive oil and a pinch of salt and pepper. Let this rest as well while the batter sits.

Heat up some olive oil (or a mixture or olive oil and vegetable/canola oil) in a large cast iron pan on medium-high heat, enough to well-coat the surface of the pan.  When a drop of water jumps and sizzles in the pan, you are ready.  With a decent-size soup spoon, place spoonfuls of batter around the pan, being careful not to overcrowd or let fritters touch each other.  Cook until golden brown on both sides, then remove to a drying rack or a plate with paper towel.

Serve with some fresh lemon juice and taste for salt and pepper. While I was not able to test this tonight, I also suspect that crème fraiche in addition to the lemon would make a wonderful complement to the fritters (a combination Marc used to good effect with the amuse bouche shortbreads he made).

I’m going to leave you with a shot of Stephane’s pickled ramps, which were heavenly, as an unsubtle attempt to peer-pressure him into blogging the spice ratios. These were so quickly devoured that they had to be hidden to save some for the evening’s pork belly dish. They also contributed to a killer martini. 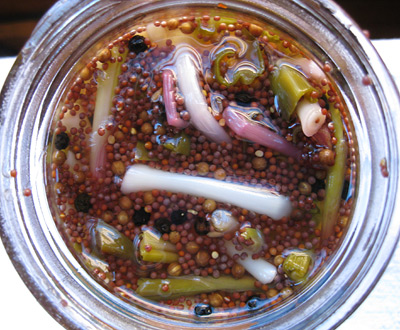 Update: Liz from the Zested blog (wonderful photography), who I met that day, beat Stephane in getting the pickling recipe up. Check it out!